Aquarium of the Pacific is a wonderful place to experience and learn about aquatic life. They have been great partners with Respect the Reef selling our merchandise in their shops. If you get the opportunity, stop by and help support their efforts.

Here is a recent article in the New York Times about dredging in the Port of Miami. We feel it’s important to be aware of these activities and help prevent further destruction. 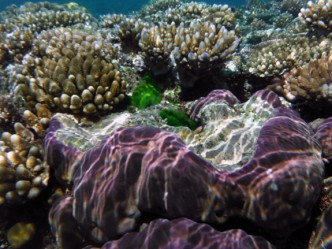 Respect the Reef has just sent some of our books and clothes to the IMUA Family Center On Maui. This is a wonderful organization that has been doing extraordinary work for families for decades. The more I read about their efforts the more I became a fan. Respect the Reef is also about supporting communities that are effected by ocean ecology. Help support IMUA if you can. 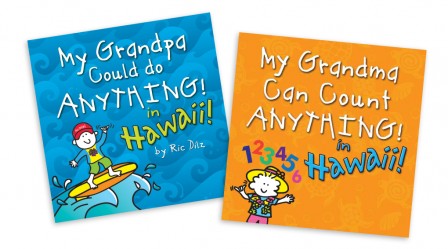 The Read Aloud Program brings families together to reconnect and share the joys of reading and being read to. Programs like RAP bond families and build strong communities, making a better society and [offering] a brighter future.

A group like Read Aloud America is not the usual focus for Respect the Reef, but we love their mission so much that we wanted to show our support with some of our fun Hawaii-themed children’s books. 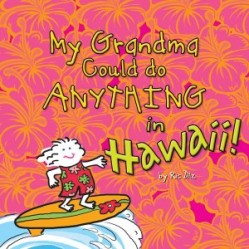 With 30 hours of training, Ocean Ambassadors (OAs) are empowered with information such as, problems and solutions regarding marine conservation, plastic and other pollution issues, watershed health, marine sanctuary protection and legislation, how to best utilize social media, the art of public speaking, and much more!

This year, COCO has 24 new students in their program ready to get started promoting Ocean Awareness.

We donated 30 Respect the Reef Tees to the Ambassadors to support COCO’s new program! We are looking forward to what COCO and the OA’s accomplish this year!

Be sure to check out COCO’s website and their Ocean Ambassadors Program:

Respect the Reef was excited to donate products to help raise funds for University of Miami’s Ocean Awareness week—November 11 -November 16, 2013. Looks like there was a great turnout and everyone had fun learning about the importance of our oceans! Go University of Miami! Great job supporting reef education and awareness! 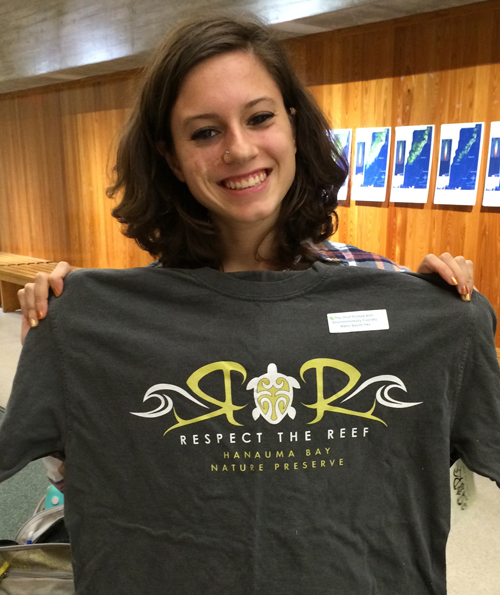 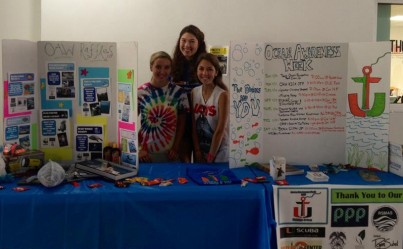 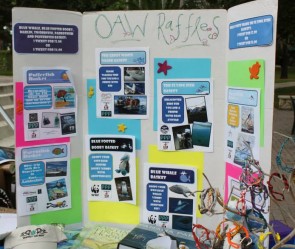 Way to go University of Miami students! Keep working to teach and inspire others to learn more about the oceans and reef ecology. Save the reefs!

Respect the Reef joined the Colorado Ocean Coalition to promote ocean preservation at the Making Waves 2013 Event. Of course we also let folks know about the Respect the Reef Project!

You may have heard about the floods here in Colorado. They happened a week and a half before the event, so we were happy to see as many people as we did at Making Waves 2013

The Colorado Ocean Coalition team worked hard to keep the event going. Thanks for persevering guys!

Ric shows Fabien Cousteau our Respect the Reef products. What an honor to meet a member of the Cousteau family and an advocate for the oceans. 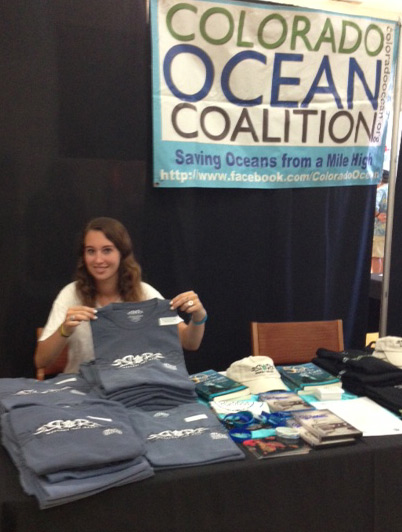 Grace from COCO shows off some Respect the Reef tees with the COCO imprint. NICE! 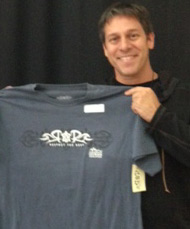 Jeff shows off his new Respect the Reef Tee.

Be sure to check out the Colorado Ocean Coalition’s website here and mark your calendars for next year’s event! 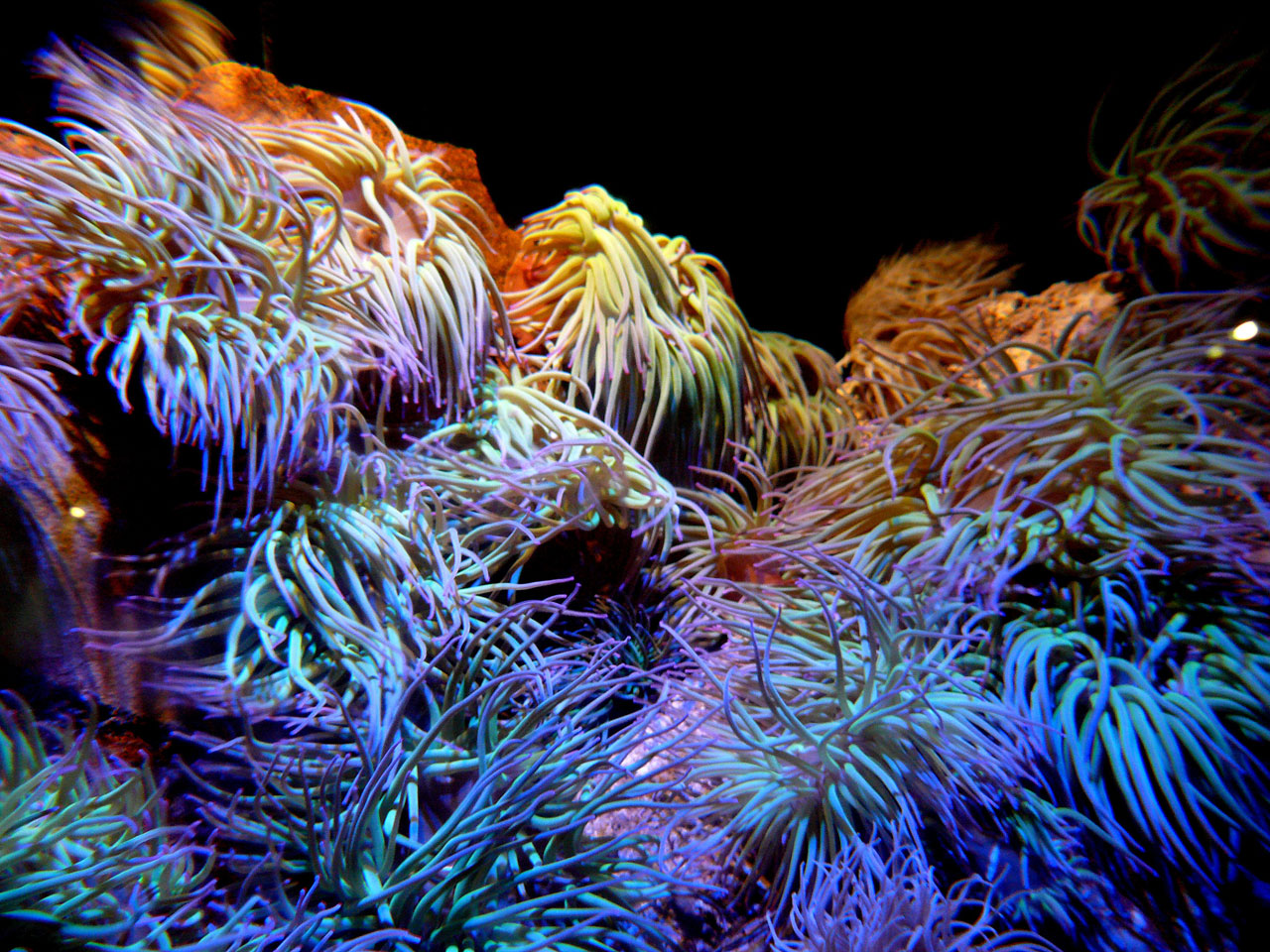 We talk a lot here at Respect the Reef about rescuing coral reefs, but sometimes it is easy to become overwhelmed and give up. Don’t despair!

Small fish like us have lots of opportunities to help save the reef. Often, it doesn’t even take much time!

The National Oceanic and Atmospheric Administration (NOAA) has posted a list of 25 things You Can Do to Save Coral Reefs. You don’t even have to live near a reef to help!

Here are a few of our favorites from the NOAA list:

Head over to NOAA to see the rest of the list. NOAA

If you have time after working to save the reef, stop back and tell us what you are doing. Tell us about your successes or even your struggles. Your work could inspire someone else to step up and help. Lots of small fish like us can make a BIG difference! Let’s get working!

The Colorado Ocean Coalition [Creating an Inland Ocean Movement] sponsors the Making Waves in Colorado Event. This event promises to be educational as well as entertaining. On top of all that, the even supports a great organization. Join us here in Colorado for Making Waves 2013!

Join this weekend-long event to hear from cutting-edge researchers, world-renowned speakers, award-winning filmmakers and ocean advocates from across the country. We encourage you to get involved in the grassroots conversation that is calling for national action.  Making Waves 2013 is brought to you by the Colorado Ocean Coalition and the Colorado Scuba Retailer’s Association.

Check out the event’s video below:

Go to the Colorado Ocean Coalition Website to reserve your spot for Making Waves 2013!

The mission of the Colorado Ocean Coalition is to create, unite and empower a Colorado coalition with shared values, goals and actions to promote healthy oceans through education and community engagement.

Until now, there has never been a unified voice for ocean protection in the Mountain States. The Colorado Ocean Coalition believes that you don’t have to be near the ocean to care about it. Our complex global economy and the interconnectedness of ecological systems mean that the actions we take in the mountains impact the health of the sea. These actions include eating seafood, using plastics, driving cars and sharing environmental ethics with our family and friends. We live on an ocean planet and the choices we make in the middle of the country have direct ties to the seas.

You probably don’t think about coral reefs very often, especially if you live inland, like I do here in Colorado. However the health of reefs and by extension the oceans, is important to everyone no matter where you live!

We have a slide on our front page that sums it up: “Reefs are the rainforests of the ocean.”

What does that mean?

Second, the rainforests are being cut down, decreasing their mass and ability to do their job. The reefs around the world are being damaged and their healing and cleansing properties are disappearing.

Finally, just as we have worked to stop rainforest destruction, we can stop the destruction and even reverse the damage done to reefs, which will benefit ocean ecosystems around the world.

Some easy ways to help save coral reefs:

I hope this post gives you some good ideas for helping conserve coral reefs. Share your ideas in the comments below.

If you like what we are doing here at Respect The Reef, consider buying a Respect The Reef T-Shirt to promote the cause. We donate 10% of each retail purchase to reef conservation organizations. Be part of the solution and help save our reefs!